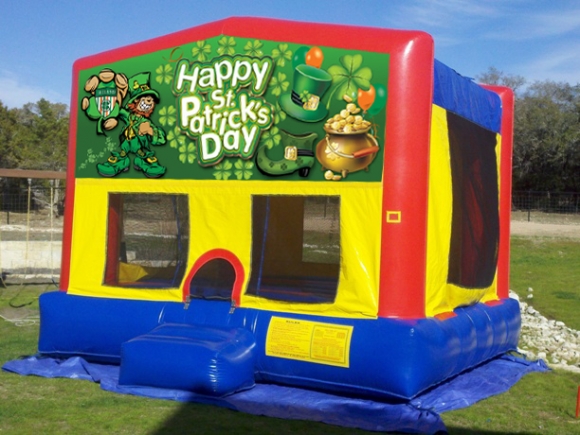 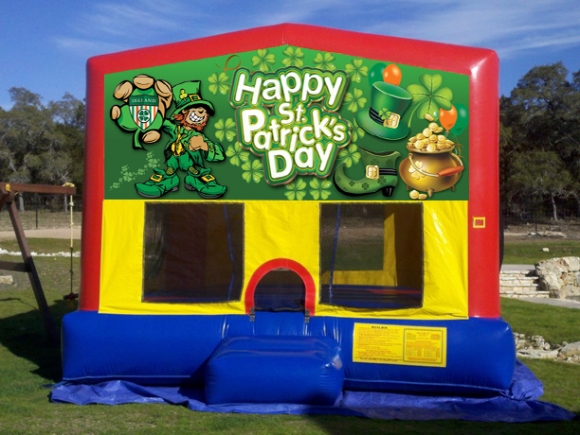 The actual color of St. Patrick is blue. Green became associated with St. Patrick's Day during the 19th century. Green, in Irish legends, was worn by fairies and immortals, and also by people to encourage their crops to grow.

St. Patrick did not actually drive snakes out of Ireland; the snakes represent the pagans that he converted to Christianity.

The very first St. Patrick's Day parade was not in Ireland. It was in Boston in 1737.

In Chicago, on St. Patrick's Day, the rivers are dyed green. Mayor Daley is also of Irish descent.

In Seattle, there is a ceremony where a green stripe is painted down the roads.

Most Catholics attend mass in the morning and then attend the St. Patrick's Day parade.

Shamrocks are worn on the lapel on this day.

In Ireland on St. Patrick’s Day, people traditionally wear a small bunch of shamrocks on their jackets or caps. Children wear orange, white and green badges, and women and girls wear green ribbons in their hair

Many young people dye their hair green for the special day.

Many people wear green on this holiday to avoid being pinched.

The phrase, "Drowning The Shamrock" is from the custom of floating the shamrock on the top of whiskey before drinking it. The Irish believe that if you keep the custom, then you will have a prosperous year.

Many bars in the United States, and abroad, serve green beer to celebrate St. Patty's Day.

Lucky Charms, a favorite cereal brand among many, young and old, was created in 1963, with its popular mascot, Lucky the Leprechaun. Its jig is a memorable tune for many, including the young at heart:

Hearts, Stars, and Horseshoes
Clovers and Blue moons
Pots of gold and rainbows,
And the red balloon

That’s the luck of me lucky charms!
Their magically delicious!

Have a little fun with Lucky the Leprechaun, and help him get home! For a fun-filled game, safe for all ages!

Fun Facts about the Irish

34 million Americans have Irish ancestry, according to the 2003 US Census. That’s almost nine times the population of Ireland, which has 4.1 million people.

Nine of the people who signed our Declaration Of Independence were of Irish origin, and nineteen Presidents of the United States proudly claim Irish heritage -- including our first President, George Washington.

The harp is the symbol of Ireland. The color green is also commonly associated with Ireland, also known as “the Emerald Isle.”

This is how it works...
View items in our site...
Then click here to book...
In our online scheduler! 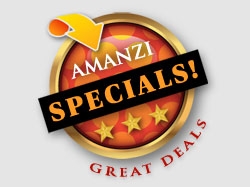 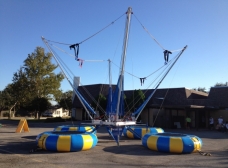 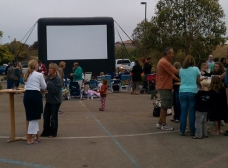 Bring the movie into your back yard with our 8', 12' or 16' inflatable movie screens. 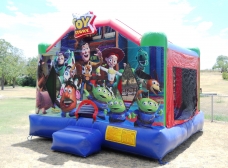 Kids will love jumping alongside their favorite playroom characters. this Toy Story moonwalk shows Woody and his trusty horse, Bullseye, as they are joined by Jessie, Buzz, Hamm, Rex, and Slinky posing on the playroom floor. 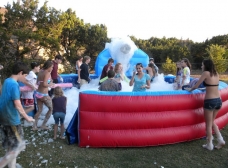 Have you tried the newest fun for backyard parties? Rent our foam machine today 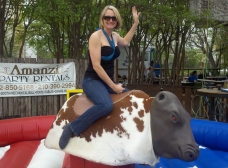 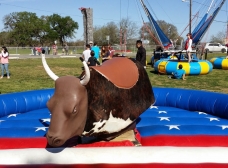 We have the best bulls in Texas 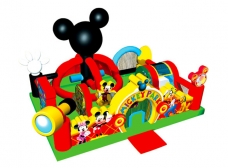 Young players will engage in a trio of educational games including a shape activity with Mickey Mouse, matching colors in the large ball pond and counting shapes with Goofy.